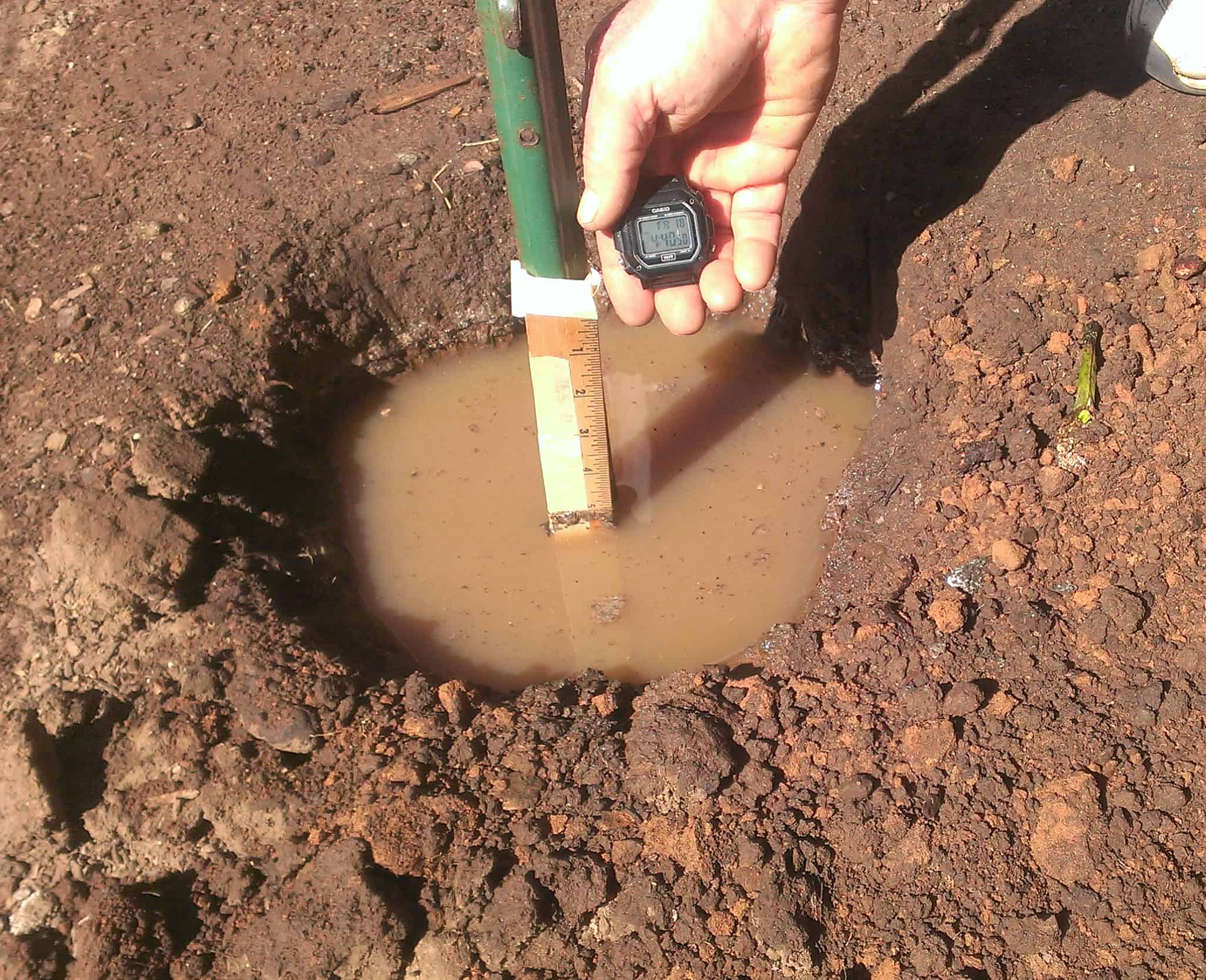 When you are trying to determine whether or not you will need a PERC test, you will need to know whether or not your lot is improved or not improved. Since you probably have no idea what the difference is between those two, let us explain! An improved lot is normally defined as a part of a subdivision or a lot that has a well and septic tank installed right there and they are both in working order. If your land is within either an existing urban or suburban subdivision and has either public water and sewer or a private well and septic system, then no perc test is required. Another acceptable option is land in a new subdivision that has already received approval from local authorities to have septic systems installed.
An unimproved lot needs a private well and septic tank, but that land is not within either a suburban or urban subdivision or hasn’t been granted approval. These types of lots require a perc test, and without one you will not be able to construct your house! Since you will only be required to have a perc test completed if you have an unimproved lot, we are going to focus on those types of lots now. This will allow you to learn more about the perc tests that you will be having completed and what to expect throughout the entire process.

The first thing that everyone usually wants to know as they are facing the possibility of needing a perc test is how much they cost. While there is no set number, perc tests normally range anywhere from $500 to $2,500. The price that you pay will be dependent on how much work needs to be done, where the work is located, and obviously who you hire to do the work.
You won’t really have too many options as to who you hire for this job, because local laws always dictate who you can use. And, if you are planning on purchasing land in an area where you will need a backhoe operator as well as an engineer, you can expect your overall cost to be higher than other areas. After all, it can be anywhere from $250 to $750 just for hiring the engineer and at least $500 to $750 for the backhoe operator.
You might even find that you need heavier equipment, because the perc test is much ore difficult than digging a hole and filling it with water. Depending on what type of house you plan on building, what the soil on the land is like, and what the local Health Department requires for that location, you could be facing a higher bill than you originally thought.

An Overview of the Entire PERC Test Project

The first step in this process entails digging a hole that is usually between five and ten feet deep. However, it may need to be deeper depending on the circumstances. As soon as the hole is dug, it will be filled with water at different intervals.
A special tool is then used to measure the water at a per minute ratio to determine if that soil is absorbent enough to have a septic system installed. The inspector will give out either a passing or failing grade when they are finished.

To pass, the perc test rate will need to be less than fifteen minutes per inch and anything higher will likely fail. Anyone that receives a perc test rate of more than one hundred and five minutes per inch will find that there is no hope for a septic system at all.
These tests normally take four hours to do, but two of those hours are spent digging and filling in the hole with the backhoe.
Since local laws differ everywhere, you will either need to have the perc test performed by a licensed professional or a local government employee who works for the Health Department. Many experts agree that these perc tests should be completed during wet seasons since it is easier to dig up the soil.
If you are currently ready to have a perc test completed, you can call your local Health Department to see what your requirements are going to be. This will let you know if you will be required to hire an excavator to do the digging prior to the testing or if it will be completed at the same time.

There are times when you may have different types of soil present on the property and that can affect whether or not it passes the perc test. You may be required to pay additional fees if more than one hole needs to be dug.

Tips You Will Want to Know

It is not the end of the world if you fail a perc test and it doesn’t mean that you have no hope in building your home on that property. We recommend asking the Health Department if they have any records on file for the same property. Those files may show that certain parts of the property have passed in the past and may give you an idea of where you should try testing next.
You may even be able to repeal the results if the property fails the perc test, but you will want to know under which circumstances that this will be possible.
The soil drainage rate of the area may differ depending on what season it is. In certain geographical regions, the water line can be higher at certain times of the year, while it is much lower during the other months. Of course, you may already know this as some areas will only let you test during the rainier and wetter times of the year.
If you are unsure of whether your property will pass the test, you should look at the rest of the properties around yours. If there are other homes nearby, the chances are good that they passed the perc test and yours will too. Considering a piece of property that is on higher land will give you a better chance of passing the perc test as well, because higher lots pass much more often than those lots at the bottom of hills.
There is still a chance that you can build on the property even if you fail the perc test. You would need to spend a lot more money though, because you would need to add a raised sand bed system as well as possibly an engineered system to overcome all the drainage issues. While this is a possibility, please remember that we said that you would be paying more for your septic system, which could be double or even quadruple of what you originally anticipated.

Please do not settle for the first inspector that you find, if you have a choice. We recommend that you get at least three quotes from licensed and insured professionals. Simply give them the information about what you need completed and they will let you know whether they can do it and for how much.

Take the first step toward finding the right Land or Construction loan to fit your goals. Speak with an expert loan officer. It only takes a Minute.

You can always contact us directly about your land loan needs by sending an email to [email protected].